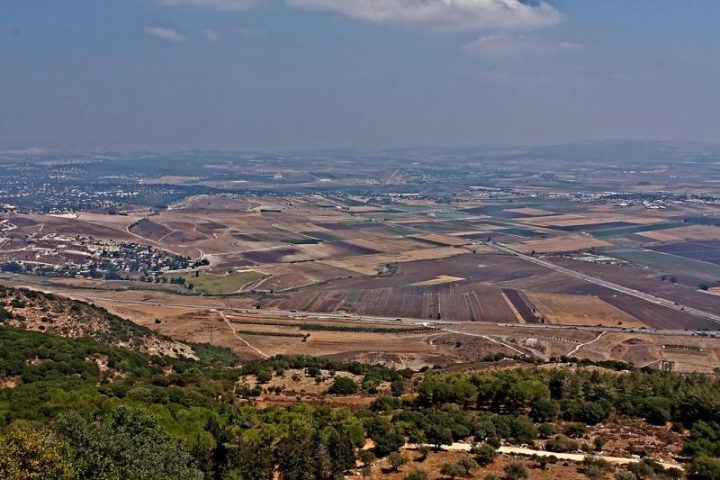 Teaching at Mount Carmel. Be sure to check out the additional information tab!

Mount Carmel the place for the restoration of honor of our king.

1. Classic biblical example of a fight for restored honor of Yah by challenge and riposte
2. In the scriptures famine is a result of covenant transgression and idolatry in the land of Israel.
3. Recognition of Israel that YHVH is the only Suzerain when they said Adonai Hu HaElohim.
4. Interesting that the challenge took place on a mountain and by winning the honor the whole mountain becomes sacred space.

Together with his wife, Jezebel, Ahab and his successors made Baal worship the national religion of Israel. The people worshiped various Canaanite deities alongside the worship of Yahweh as represented by two golden calves (1 Kgs 12:28). However, when Ahab married Jezebel, daughter of Ethbaal, king of Sidon, the couple established Baal worship (1 Kgs 16:30–31), and even persecuted those who worshiped Yahweh as prescribed by the Law (1 Kgs 19:10).
Since Baal was a storm god and bringer of rain, Elijah’s announcement that there would be three years of drought (1 Kgs 17:1) was a direct claim of Yahweh’s superiority over Baal. In fact, in the myths concerning Baal, drought is equated with the death of Baal. This explains the utter desperation of the prophets of Baal on Mount Carmel in their attempts to induce Baal to send rain (1 Kgs 18:20–28). Rain would not only increase the credibility of their god but would validate their own reason for existence. However, they lost the contest, demonstrated their ineffectiveness, and were slaughtered by Elijah.

After sustaining a potentially fatal injury, Ahab’s son Ahaziah went to consult the god Baal-Zebub (בַּעַל זְבוּב, ba’al zevuv), literally, “Lord of the Flies” (2 Kgs 1:1–2), who had a temple in the Philistine city of Ekron. Elijah severely reprimanded him for doing so (2 Kgs 1:1–2). This somewhat unusual title may have been a mocking version of his real name, זְבוּל בַּעַל (zevul ba’al), “Lord of the High Places,” or “Exalted Lord,” which the Hebrew writers may have deliberately parodied; the difference between “flies” (זְבוּב, zevuv) and “exalted” (זְבוּל, zevul) is small. However, no direct evidence supports this theory. In Mark 3:22, the Jewish scribes called Jesus “Beelzebul” (Βεελζεβοὺλ, Beelzeboul), referring to the chief ruler of evil; this term had its origin with the name of this Philistine deity (Thomas, NASB Dictionaries, 1168a, 1176, 2070; Harris, Archer and Waltke, TWOT, 233; Swanson, DBL: Hebrew, HGK1256).

The prophet Hosea invoked a clever play on words in his efforts to call Israel back from the worship of Baal. In a generic sense without religious connotations, בַּעַל (ba’al) can mean “husband, “lord,” or “master.” Another Hebrew word for “husband” is “man” (אִישׁ, ish). In Hosea 2:16, the Lord states, “In that day—the Lord’s declaration—you will call Me: My husband (אִישׁ, ish), and no longer call Me: My Baal (בַּעַל, ba’al)” (HCSB).
Destroying the worship of Baal in Israel was an important part of Jehu’s coup overthrowing the Omride Dynasty (2 Kgs 10:1–28).