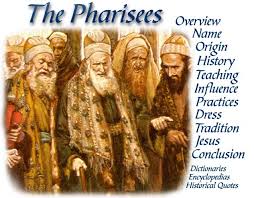 The Context of the First century writings will be our focus of study in this series. I will show the beliefs and dogmas of each religious groups and its political influences. Also, we will study the core issue in the first century and the hate the house of Shammai displayed against the Goyim.

How many types of Pharisees in the First Century?

The Jerusalem Talmud also criticizes the Pharisees in like manner. The Talmud describes seven types of Pharisees, five of whom are hypocrites, and two that are good: