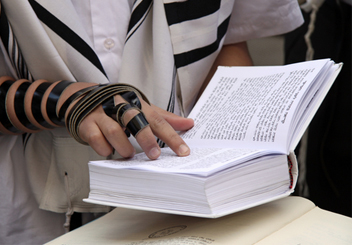 Prayer is intentional communication with God and can be spoken or written. It is often petitionary in nature, though it may take many other forms, as well. Both the ot and the nt assume that God hears and responds to the prayers of his people.

Prayer in the ot is intentional communication with God. This is the nt conception of prayer, as well, which develops naturally out of an ot understanding of the concept. All through Scripture, one may intercede either on behalf of another party or oneself. Although there are words in both Hebrew and Greek that refer specifically to prayer—פָּלַל (pālal, “to pray”), תְּפִלָּה (tĕpillâ, “prayer”), and עָתַר (ʿātar, “to supplicate”) in the ot, and προσεύχομαι (proseuchomai, “to pray”) and εὔχομαι (euchomai, “to pray”) in the nt—many other words for asking or entreating are also frequently employed, including: תְּחִנָּה (tĕḥinnâ, “plea”) in the ot, and δέομαι (deomai, “to beg”), αἰτέω (aiteō, “to ask for”), and ἐρωτάω (erōtaō, “to ask”) in the nt. Further, verbs of blessing or worship can express uttering a particular type of prayer. This wide range of possible terms for “pray” and “prayer” reflects the variety, richness, and importance of the activity throughout the Bible.

Prayer is regarded throughout Scripture as a fundamental means of religious expression. This is because praying to God assumes in faith that he is powerfully willing and also graciously able to hear and respond to the prayers of his people—and further, that he chooses to work in and through these prayers. Thus, prayer is seen all through Scripture as both a wonderful privilege and also a solemn responsibility for God’s people. It follows, then, that prayer is utterly dependent on the revealed relational character of the God of the Bible, demonstrated most fully in the person of Jesus Christ in the nt. Jesus models in his earthly ministry the appropriate way to pray (Matt 6:9–13), and he assumes a mediatorial role in prayer (i.e., he teaches that the proper way to pray is “in my name”; John 14:13–14). Supplicants can become confident that God will hear their prayers because of what Jesus teaches his followers (Mark 11:24).

Although there are many Hebrew words to indicate prayer and praying, this verb and the related noun תְּפִלָּה (tĕpillâ, “prayer”) are by far the most common terms for these concepts. It seems that at least initially pālal referred more specifically to intercessory prayer, and only later came to refer to prayer in general. First Kings 8 (and the parallel 2 Chr 6) provides examples of this intercession as Solomon prays to dedicate the temple. A less common grammatical form of pālal can mean “to appeal” and “to pronounce judgement.”

תְּפִלָּה (tĕpillâ). n. fem. prayer, petition, lament. This noun is the primary term to indicate prayer in the ot, especially a prayer of supplication.

This word refers to a formalized prayer typically offered by the worshiping community. Because it refers to prayer flowing out of the worship community, there is a ritualized or formalized sense to this prayer (i.e., it is not often spontaneous). Almost half of the instances of this word are in the book of Psalms. The word often refers to a lament, a specific type of prayer where the supplicant is in distress (e.g., Isa 38:5; Jonah 2:7; Lam 3:8; Pss 4:1; 6:9; 39:13; 54:4. Note that in Psa 6:9 tĕpillâ and תְּחִנָּה [tĕḥinnâ, “plea”] are used in parallel). In fact, five Psalms are even called tĕpillâ (“Lament Psalm”) in their superscriptions (Pss 17; 86; 90; 102; 142). Reflecting confidence in God, the tĕpillâ often include an element of rejoicing or thankfulness, because the supplicants know that their prayers have been heard and will be answered (Pss 6:10; 65:3; 102:18).

It is often suggested that ʿātar has a sense related to sacrifice, based on the fact that the Arabic cognate ʿatara means “to slaughter for sacrifice.” However, no relationship between ʿātar and sacrifice can be demonstrated in the ot, where the verb is used only in a theological sense to indicate prayer addressing God (most often formal or liturgical prayer). In an especially high concentration of occurrences, ʿātar occurs eight times in Exod 8–10 during the exchanges between Moses and Pharaoh. It is evident from these passages and from elsewhere in the ot that ʿātar has a more specifically intercessory nuance than the primary Hebrew verb for prayer, פָּלַל (pālal, “to pray”). This is especially noteworthy in the Niphal forms of the verb, which convey the sense that God was successfully entreated or influenced to respond positively.

תְּחִנָּה (tĕḥinnâ). n. fem. mercy, pardon, compassion; plea for compassion, supplication. The noun is most often used to refer to a prayer or supplication specifically for grace or mercy.

This word is derived from the verb חָנַן (ḥānan, “be gracious”), which occurs in social, secular, as well as theological contexts with the sense of showing kindness to someone who is either poor or in need. The noun tĕḥinnâ is closest in meaning to the Hithpael forms of the verb, which mean “to beg [for mercy], beseech.” On almost every occasion, then, the noun tĕḥinnâ indicates a prayer for grace. Half of all occurrences of tĕḥinnâ are found in Solomon’s temple-dedication prayer in 1 Kgs 8–9 and 2 Chr 6. The related תַּחֲנוּן (taḥănûn) conveys a less formal cry of a soul for mercy and grace.

προσεύχομαι (proseuchomai). vb. to petition deity, to pray. This word refers to praying.

This is the main Greek verb used to refer to the act of praying, which in the nt is always directed at God; proseuchomai is related to the verb εὔχομαι (euchomai, “to wish”). In the Septuagint, proseuchomai is the usual translation of פָּלַל (pālal, “to pray”). In the nt it occurs with particular frequency in the Gospels and in Acts. The manner of praying (proseuchomai) can be specified more precisely with phrases such as “in/with tongues,” “in/with the Spirit,” and “in/with the mind” (e.g., 1 Cor 14:14–15). A person prays (proseuchomai) a prayer (προσευχή, proseuchē); both words together (e.g., Luke 6:12; Eph 6:18; Jas 5:17) express a prayer being prayed emphatically or fervently.

The noun proseuchē is the usual Septuagint translation of the Hebrew תְּפִלָּה (tĕpillâ, “prayer”). It is related to the verb προσεύχομαι (proseuchomai, “to pray”) and is usually simply what the subject prays—i.e., the prayer or petition prayed to God (e.g., Matt 21:22; Acts 10:31). In two places in the nt, however, the proseuchē refers to a specific place of prayer (Acts 16:13, 16).

εὔχομαι (euchomai). vb. to wish, to pray. A far less common verb for prayer in the nt.

Outside of the nt, euchomai appears frequently and with many nuances of meaning, depending on the context. It frequently relates to making vows, promises, and prayers. The Septuagint reduces its many nuances to two: “to pray” (i.e., implore, supplicate, intercede); and “to utter a vow.” The nt uses this word infrequently, sometimes to refer to praying (2 Cor 13:7, 9; Jas 5:16) and sometimes to refer to wishing (Acts 26:29; 27:29; Rom 9:3). Note that James 5:14–16 uses euchomai and προσεύχομαι (proseuchomai, “to pray”) to refer to the same action, and the passage describes what is prayed using both εὐχή (euchē, “prayer”) and δέησις (deēsis, “prayer”).

δέομαι (deomai). vb. to beg, to pray. This verb refers to asking pleadingly, and can be used to indicate praying to God.

This noun is related to the verb δέομαι (deomai, “to beg”). It occurs with the verbs προσεύχομαι (proseuchomai, “to pray”; Eph 6:18) and ποιέω (poieō, “to make”; Luke 5:33; Phil 1:4), and has a slightly more petitionary sense than the more general προσευχή (proseuchē, “prayer”; see Phil 4:6 where both words occur together). Deēsis is not used in the nt to refer to requests made to people.

αἰτέω (aiteō). vb. to ask for, to demand, to plead for. This verb can be used to indicate requesting things of God.

ἐρωτάω (erōtaō). vb. to ask, to ask a question, to request. This verb can be used to indicate requesting things of God.

This verb, like αἰτέω (aiteō, “to ask for”), indicates making a request. It differs from aiteō, however, in that aiteō expresses a more forceful request, while erōtaō is more intimate and perhaps also less self-serving. It is also notable that aiteō is never used to refer to Jesus’ own requests and prayers; for that purpose, erōtaō or deomai is used instead (Luke 22:32; John 14:16). The verb erōtaō is particularly common in the Gospel of John. It is sometimes used to indicate asking things of God or praying (e.g., John 14:16; 16:23; 17:9; 1 John 5:16).