This Parashah covers the Israelite census, the order of movement, the Levites duties, the redemption of the first-born, and more.

In this portion we see a great example of how YHVH positions his kingdom and gives roles to the leaders of Israel. I believe that we as His kingdom should learn from this portion how to walk in the role our king calls us do for the kingdom. Walking in Unity does not mean that we have to agree with everything but walking in unity to preserve the Holiness of YHVH should be the lesson learned from this Torah portion.

We also discuss the Priestly order, which is a special office that YHVH gave as a Royal Grant to the Clan of Levi for an Eternal Inheritance. Many people do not realize how important it is for us to be aware of the legality involved in this work of the temple service and what would happen to those who would transgress against the Great King. I will show you some legal terminology found in the book of numbers that will reflect the seriousness of this grant and the consequences found in scriptures that play the role of the witness for us to learn. Korah, Nadad and abihu teaches us about how to respect the Oath, government and Hierarchic order of YHVH and His kingdom.

We will also be discussing the Honorable Role and Status Ascribed to the Levitical order of the Priesthood as well as making the distinctions between the Two Essential Priestly Orders, The Melchitzedek of the Macro-Temple in the Cosmos and The Aaronic/Levitical of the Micro-Temple on the Earth. 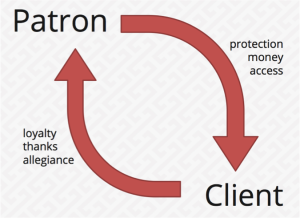